I may earn income from affiliate links or partnerships in this post.

Are you curious about slow traveling through Andalusia, Spain? The charming pueblos sprinkled throughout Andalusia, oozing with rich culture and history, are best experienced at a slow pace, soaking in everything they have to offer. We welcome guest author Bag Lady, Meredith San Diego, who lives in Spain, to share her favorite pueblos you simply can’t miss. Whether you’re looking for rich cultural exchanges, outdoor adventures, or history she’s got you covered. Check out her full author bio at the end to connect, and make sure you follow her for sustainable and slow travel tips. [no_toc]

Why Slow Travel Through Andalusia?

Have you been wondering what the benefits of slow traveling actually are? It’s a term that keeps popping up in recent months tied to the sustainable traveling movement. The truth is most folks are lost on how slow traveling can actually benefit them. Allow me to explain it a bit further. The idea is to take one’s time exploring a destination to support the local economy. If this notion piques your curiosity, then read on. These are my personal experiences of slow traveling Andalusia and a few of the pueblos not to miss.

My first time in Spain was back in 2014. I would have graciously guffawed at anyone proclaiming that five adventure-packed years later, I would be relocating here. Life, it’s what happens when you’re busy making plans for other things, right? Those first adventures in Spain were spent train-hopping from one big city to the next. Thankfully, my last handful of years backpacking imprinted the idea of minimalism and slow traveling on my adventure backdrop. In hindsight, a brilliant adaptation considering the state of the world these days. Thankfully, I wasted no time getting out there to explore the charm of the white-washed buildings of Andalusia.

So, which pueblo did I slow travel to first?

Pueblos Not to Miss in Andalusia, Spain

Taking advantage of living in Andalusia as an Auxiliar, long and short-distance buses were the go-to for logistics. Typically buses in Europe are affordable, quasi reliable, and some come with working toilets and wifi. As a temporary resident of Cordoba, there were actually dozens of pueblos to choose from. So much so that the choice of where to start was challenging. Luckily, some colleagues were born in several pueblos scattered throughout the province. But as a result of a few short Spanglish conversations later, I had some direction. One of these towns was a mear 33 minutes east of my location. How could I not check it out?

Boy, am I glad that I did. Priego de Cordoba is set in the olive tree-covered foothills of the Sierra Nevada mountains. This charming pueblo is known for the Baroque-style churches and genuine hospitality of locals. Various violent sieges have historically ravaged this area of the region. Nowadays, Priego de Cordoba is a quiet town comprised of less than 23,000 folks.

The perfect slow-moving day trip to the town opened my eyes to the beauty of the Andalusian region. Olive trees as far as the eye can see, the smell of those being pressed for oil hanging on the warm summer air. The sun hung high in the midday sky, acting as a spotlight as I explored cobblestone street after cobblestone street. Smiling and greeting each stranger (Buenas) that passed me as I snapped and posed for photos.

Where should you slow travel to next?

If you enjoy outdoor activities, don’t miss out on slow traveling to Iznajar. There’s a little something for everyone to be found there. Some examples include hiking, windsurfing, city walks, and there’s even a beach. These elements serving as a handful of reasons why this location is highly desirable. Also located in the Cordoba province, Iznajar is almost right in the middle of the region. This hillside pueblo sits right along the Genil River. As if the white walls decorated by carnations spilling over hand-decorated ceramic pots wasn’t an excuse enough, right? Go on and Google the images; I’ll wait.

For the history lovers out there, the castle was built in the 8th century, the main church in the 16th. This pueblo is dripping in the best of Andalusian culture in the best ways. It’s worth noting that Iznajar is a seasonal location. Meaning you will witness the beauty in the online images you just scoured at a specific time of the year. Typically, the climate is sunny all year in this region, but visiting between April and September is recommended. July and August being the hottest months of the year.

My time in Iznajar was short and at the beginning of the Christmas holiday. As a result, many sights were closed, and the streets were pretty barren. Nonetheless, the calmness of the day made for amazing bird watching. But I did take advantage of snapping more than few breathtaking landscapes not interrupted by human bodies, too.

Which pueblo did slow traveling Andalusia take me to next?

Located in the province of Cadiz, places like Setenil de Las Bodegas date back to the era of Romans. This pueblo dates back to the 12th century in history books. However, it’s rumored plenty of inhabitants were there much earlier than that. Perhaps having a portion of the pueblo built into the hillside has something to do with it. Or perhaps the wine and olive oil, which are both pristine from this province, respectively.

My visit to this town was as part of a day trip organized by Delgado Viajes. The day’s adventure included a stop in one other popular pueblo, Ronda. Both towns are aesthetically pleasing and highly recommended. The vistas (views) offered in both destinations will slap you with wanderlust’s open hand. Strolling through the rock-covered alleyways and climbing stairs likely built by Romans were my highlights.

What did slow traveling Andalusia teach me?

What’s not to love about taking the time to slowly introduce yourself to the history, culture, and gastronomy of a foreign country? Not a whole lot else, in my personal opinion. Tourism as an industry is leaning in on sustainability. Will you lean into learning more about how it can benefit you too? Slow traveling can be a healthy substitute for luxury travel. Consider it as a mindset, and the concept can be applied in almost any scenario. The responsibility falls to all of us to do our part before tourism as a whole disappears.

The passion for exploring this planet runs deep in my wanderlust veins. Therefore, I take my chosen method(s) of traveling quite seriously, as do I the opportunity to educate others on how to do the same. Slow traveling Andalusia exposed me to many memorable pueblos. What will slow traveling show you on your next adventure?

Have more Andalusian pueblo recommendations? Drop them in the comments and tell me why it was memorable for you.

What is your favorite place to slow travel? Or what is the benefit of slow traveling through your home region? Share in the comments so we can all plan our next slow adventure.

Thanks again, to Bag Lady Meredith San Diego for this guest post. If you’re looking for unique sustainable, eco, or solo female travel content then work with Meredith for optimized content, with a personal touch!

About the Author: Meredith San Diego

Whether it's by plane, boat, moped, bus, or train I LIVE for traveling. As a global citizen with more than 50 passport stamps—my adventure mandatory, nomadic lifestyle offers an intuitive insight into life jet setting around the globe. Be a part of the adventure via my website, Instagram, or Facebook 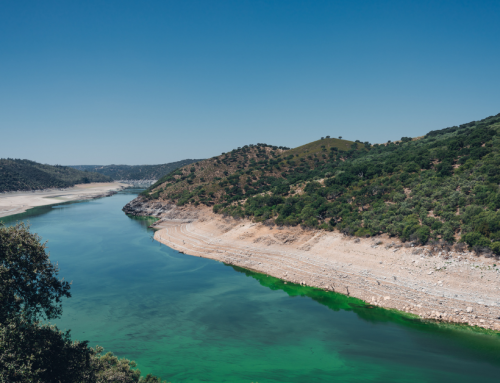 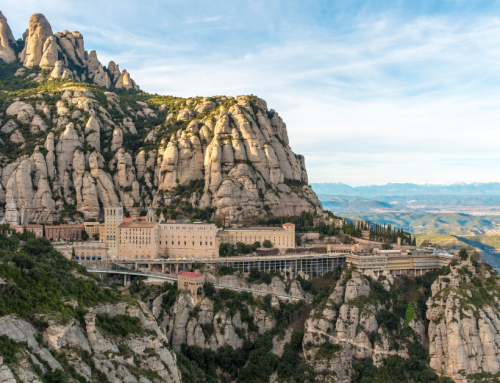 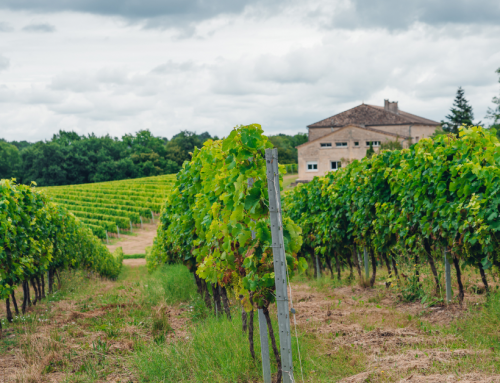 This site uses Akismet to reduce spam. Learn how your comment data is processed.

Who is behind Curiosity Saves Travel?

Hi, I’m Sooz, a born and raised Alaskan. I met my Aussie partner while traveling. We lived in Munich for 7 years before moving to Vancouver. Curiosity Saves Travel combines my MSc in biodiversity, my BA in journalism, and years of experience in the tourism industry while amplifying diverse voices. My thesis explored a new model of tourism that can benefit biodiversity and community well-being rather than degrade the environment. I believe in the positive power of tourism, but only if we take action to change our behaviors, today! Learn more about me or the Curiosity Saves family.

Check Out Our Sister Site!

Join me on Impact Travel Alliance – a community of ethical content creators and companies for networking and press opportunities. Mention my name, Susanna Shankar, for 3 months free!

I Offset and Remove Carbon!