I may earn income from affiliate links or partnerships in this post.

Are you curious about all the amazing animals you can see in India? From the powerful Bengel Tiger to the adorable Nilgiri Tahr, India has unique species. If you’re traveling through India engaging in sustainable ecotourism and visiting the National Parks on a safari then save this diary so you can have it handy for learning about and identifying these beautiful animals. We’re handing it over to guest author Ketki from Explore with Ecokats, an ecologist from India. She’s going to share 10 of India’s most amazing animals you don’t want to miss. Make sure you stick around to the end to learn more about Ketki and ways you can connect with her. Let’s give her a warm welcome. [no_toc]

Amazing Animals to See in India

India is a vast country with various geographical zones and climatic conditions. From the tropical south to the snowy north, from the deserts west to the forests of the east, India is one of the biggest biodiversity hotspots. These hotspots contain some of the most amazing and unique species of flora and fauna. The bio-geographic region of Western Ghats, Eastern Ghats, North-East Region, and Eastern Himalayas are full of treasured finds. So much so that the Western Ghats is a UNESCO World Heritage Site.

With over 500 wildlife sanctuaries and 100+ national parks, India is not only the home for many species but has made conservation efforts to thrive them. This makes the country’s 35 biodiversity hotspots, most unique in the world. This is a dream come true for a wildlife enthusiast.

The lush green jungles of India harbour many types of species. Listed here is a wildlife diary of amazing animals in India that needs attention if anyone is planning a trip to India. These extraordinary animals of the Indian subcontinent roam freely in the wild and are protected under the Wildlife Protection Act, 1972.

Do check this guide to national parks in India for the do’s and don’ts.

A wildlife diary of amazing animals in India is incomplete without the star attraction. The Bengal tiger is the most popular wildlife among tourists. The attractive stripes, the elusive nature, and the stroke of luck to sight the cat, make it one of the most exciting trips. The Royal Bengal Tiger is the national animal of India as well as Bangladesh. India’s ecosystems support the habitat required for tigers – tropical evergreen forests, deciduous forests, and mangrove swamps.

70% of the world’s wild tigers live in India and thanks to the conservation efforts the population is rising steadily. According to the last census in 2019, the number of tigers in India is 2967. Altogether, there are 48 tiger reserves in India.

Noticeably smaller than African lions, Asiatic lions are surviving and thriving only in the Indian state of Gujarat. Historically, Asiatic lions inhabited Western Asia and the Middle East up to northern India Asiatic lions but now are found only in India and their status is endangered. An estimation exercise in June 2020 put their figure to 674 in the Gir forest region.

The species’ unique cohabitation is worth experiencing as the lions have been sharing the forest space with a local Maldhari community. The conservation efforts are credible with efficient forest rangers patrolling the area. There are many software developments that help in giving more scientific data on what is happening in the protected area, helping to identify threats, poaching activity, and monitor movements.

Asiatic leopards are solitary animals that are seen not only in the forests but are now found on the periphery of cities and amongst rocky hillocks. The estimated leopard population in India is between 12,000 and 14,000. Many forests in India also host Melanistic leopards which attract photographers from all over the world to capture them in nature. 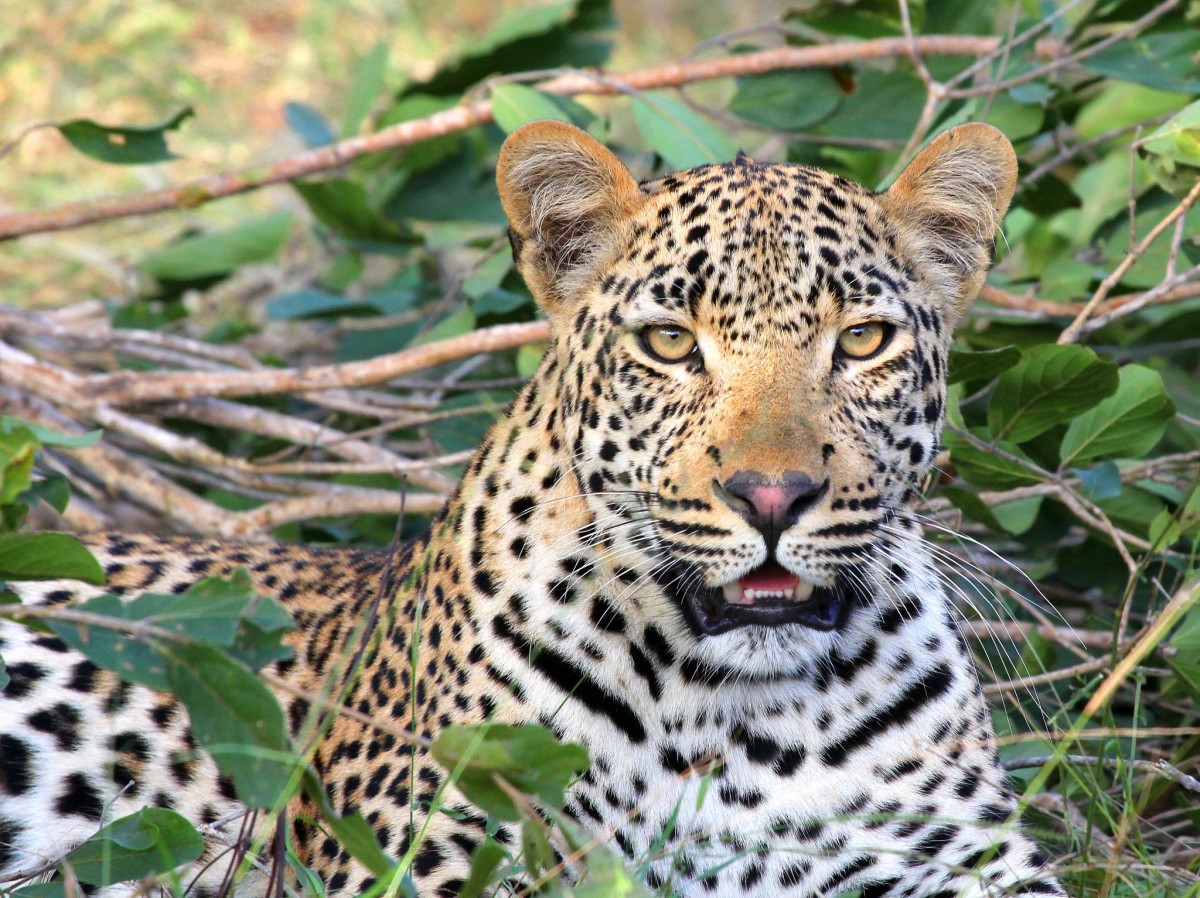 Leopards are found in each state of India. The Jawai and Bera hills of Rajasthan have recently become popular for spotting these cats at dusk and dawn where they are found in numbers.

Snow leopards are the most elusive cats. Their thick coat of fur camouflages so well with the rocky terrains that it makes sighting them extremely difficult. They are found in the rugged hills of the Himalayas – Himachal Pradesh and Ladakh. There are an estimated 450-500 snow leopards in India, but its population is gradually declining due to loss of habitat and unavailability of prey. Warner temperatures are pushing them to higher grounds with negligible prey.

The wild population of sloth bears inhabit most of the tropical and subtropical zones of India and are even found near villages and farmlands. Sloth bears are nocturnal animals and sleep through the day in dens, caves, and cooler areas of river banks.

Sloth bear’s status is listed as vulnerable by the IUCN as their numbers have decreased due to habitat loss and human poaching.

Although listed as vulnerable species by the IUCN, due to poaching, the consistent efforts by the forest department and local people have ensured that their numbers continue to rise. More than half of the total population resides in Kaziranga National Park in Assam state, which is the key reserve for this species.

Elephants are the largest terrestrial mammal that is believed to have evolved nearly 60 million years ago. Weighing up to 5 tonnes, Asiatic elephants are smaller than African elephants and can be identified by their smaller, rounded ears.

Asiatic elephants have played an important cultural and religious role in Asia for centuries. Temples across south-east Asia have murals and carvings of elephants while paintings from kingdoms always have the king throned on a bejeweled elephant. India worships the elephant-headed god ‘Ganesha’ who is known to have the power that takes away the obstacles in a person’s life.

Elephants are nomadic animals and move from one place to another in search of food and water. They are majorly affected by the loss of habitat as forests are now being turned into tea estates and dams. This causes elephants to raid crops, destroy huts and other obstructions and occasionally kill helpless people protecting their properties. The human-animal conflict has risen over the years due to the same reason and people start taking notice only when a pregnant elephant dies or when it is run over by a moving train.

With over 10,000 elephants, reserves in the Western Ghats, Nilgiris, and the Eastern Ghats are collectively known as “Asia’s elephant empire”. Places, where wild Asiatic elephants can be spotted, are Corbett National Park and Kabini National Park which houses the popular tusker.

The state animal of India – Nilgiri Tahr is one of the mountain ungulates in India. The species is known to have a bristly mane, curved horns, and coarse and short fur. Earlier it was present in the entire stretch of Western Ghats, but now is only found in small fragmented pockets in Tamil Nadu and Kerala. Its status is threatened in IUCN due to its decreasing number due to poaching activities and habitat loss due to Eucalyptus cultivation. Currently, there are approximately 3200 Nilgiri Tahr’s in the wild.

The Lion Tailed Macaque is one of the 15 macaque species found in India. Located in the tiny, isolated pockets of the tropical forest in the Western Ghats the species is one of the most endangered animals.

The state animal of Sikkim state, the red panda is the bamboo-eating arboreal mammal found in the forests of India and its neighbouring countries. India has about 20 protected areas aimed at conserving the Red Panda. It is threatened due to habitat destruction and poaching from neighboring areas.

Hope this article inspired you to visit India after going through this wildlife diary of amazing animals in India.

About the Author: Ketki Gadre

Ketki is a content writer and sustainable travel blogger, who loves nature, wildlife and traditional architecture. While she is a professional environmental educator by day, her passion for travel has her jet-setting all over the world during her free time. Ketki enjoys bringing places to life through her informative writing style on her blog, Explore with Ecokats. She documents her journeys to inspire readers to travel sustainably and become responsible and ethical travellers. Her sustainable tips and suggestions help make travels immersing in the history, culture, and wildlife of a region. Readers can get in touch with her on Instagramor her website. 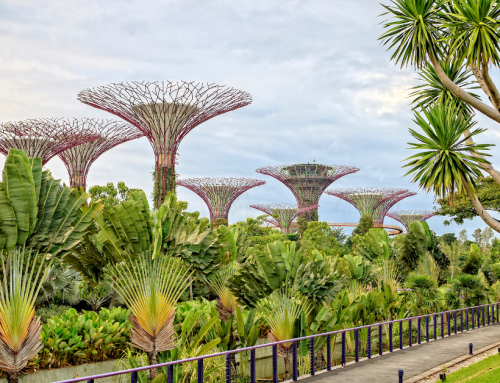 5 Breathtaking Global Botanical Gardens You Have To See For Yourself

5 Breathtaking Global Botanical Gardens You Have To See For Yourself 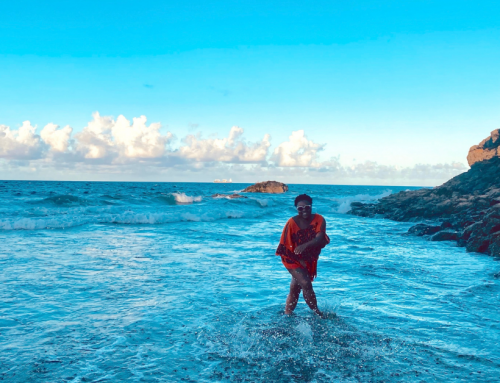 Being Black & Visible While Outdoors: The Importance of Breaking Stereotypes

Being Black & Visible While Outdoors: The Importance of Breaking Stereotypes 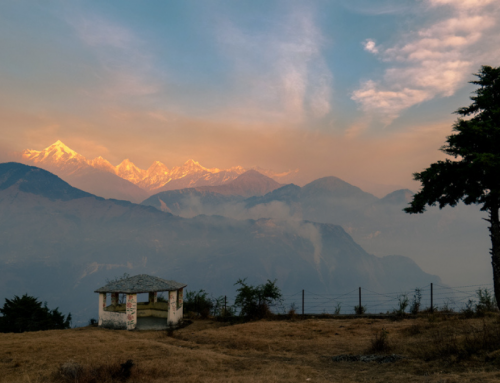 How Ecotourism Helped Stop Domestic Violence in this Indian Village

How Ecotourism Helped Stop Domestic Violence in this Indian Village

This site uses Akismet to reduce spam. Learn how your comment data is processed.

Who is behind Curiosity Saves Travel?

Hi, I’m Sooz, a born and raised Alaskan. I met my Aussie partner while traveling. We lived in Munich for 7 years before moving to Vancouver. Curiosity Saves Travel combines my MSc in biodiversity, my BA in journalism, and years of experience in the tourism industry while amplifying diverse voices. My thesis explored a new model of tourism that can benefit biodiversity and community well-being rather than degrade the environment. I believe in the positive power of tourism, but only if we take action to change our behaviors, today! Learn more about me or the Curiosity Saves family.

Check Out Our Sister Site!

Join me on Impact Travel Alliance – a community of ethical content creators and companies for networking and press opportunities. Mention my name, Susanna Shankar, for 3 months free!

I Offset and Remove Carbon!